Wove bifolium inscribed over three pages to friend and author Mrs. Lydia Maria Child (1802-1880), regarding Child's written accounts of Hosmer's celebrated sculpture, Zenobia, and her monumental sculpture of Thomas Hart Benton, and her plans to travel to St. Louis in the near future; 9 3/4 x 8 in. when unfolded.

[Together with] a brief note signed by Hosmer in 1895 on stationery from The Ledge, Bar Harbor, Maine. (2)

Living a life that seems barely possible for her time, Hosmer began in Watertown, Massachusetts under daunting circumstances. Her mother died when Hosmer was six, she lost her two little brothers in 1834 & 1835, and her older sister died when Harriet was only twelve. All of this loss seems to have encouraged her father, a physician, to raise his only remaining child to survive. Hosmer was encouraged to row, ride horses, ice skate, and draw. She traveled alone in the wilderness of the western United States, and visited the Dakota Indians. Women were not allowed to attend medical classes, but she impressed family friend Dr. Joseph Nash McDowell of the Missouri Medical College, who invited her to study human anatomy. Hosmer mentions two of her most famous sculptures in this letter, Zenobia, and the ten-foot bronze of Thomas Hart Benton made for Lafayette Park in St. Louis, MO.

In addition to championing Hosmer's work in print, Child was also active in transcendentalist and abolitionist circles, a supporter of women's rights, and a Native American rights activist, who opposed American expansionism. In a letter written to Hosmer on 16 September 1860, perhaps in response to Hosmer's letter here, Child wrote, "I hope you won't get into a fight with any of your rivals and settle the question with Bowie knives and revolvers, Missouri fashion. I can send you a Bowie knife bearing the motto, 'Death to Abolitionists,' if you want it, but Bowie knives won't kill us. God bless you, dear little Ruffian!"
Set Alert for Similar Items 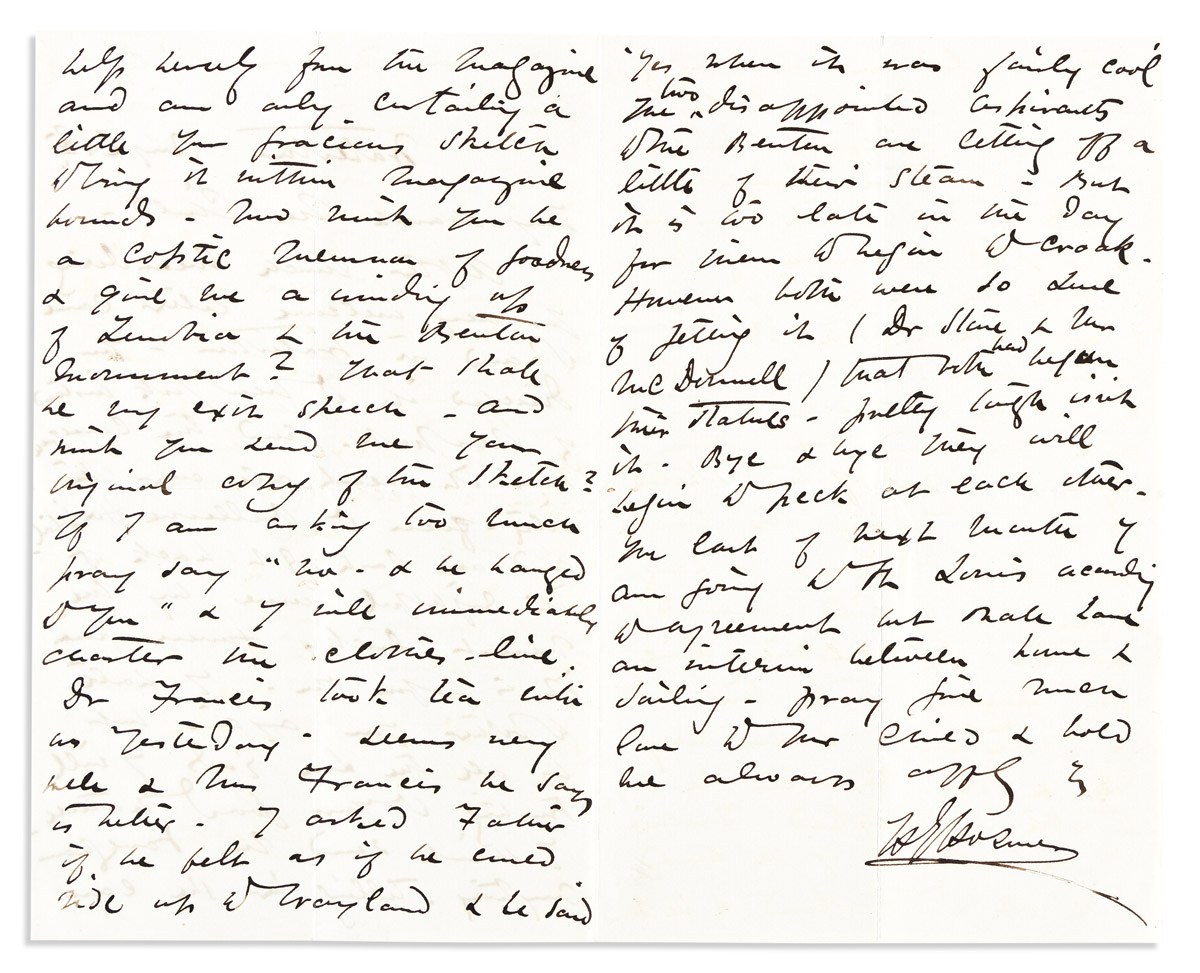