Etching and drypoint printed in dark, brownish black on antique, cream laid paper, 1879-80. 229x150 mm; 9x6 inches. MacDonald's fourth state (of 4). Edition of approximately 30. Signed with the butterfly and inscribed "imp." in pencil, on the tab lower left. From Twenty-Six Etchings. A superb impression of this very scarce etching with warm plate tone and all the details distinct.

This is from the second set of Venice etchings, one of 26 subjects in all (there were 12 etchings in the first set), published in an edition of approximately 30 by Dowdeswell and Dowdeswell, London, in 1886. The first Venice set was exhibited at the Fine Art Society, London, in December 1880 (see lot 504); a larger exhibition including the second set of Venice etchings was held in 1883. Meanwhile, the printings of both of these sets varied dramatically: the second set was fully printed by July 1887, while the first set was still incomplete at the artist's death in 1903.

According to MacDonald, the scene is, East of the Rialto Bridge, with, on the right, the corner of the Palazzo Soranzo-Venier-Sanudo-van Axel-Barozzi, Venice, Italy. The Palazzo was much painted and photographed; it has a decorative 15th century wooden door ." However, Whistler focussed on the canal rather than the popular palazzo at the right; he drew the etching directly on the copper plate as was his pratice in Venice. Kennedy 214; Glasgow 224.
Set Alert for Similar Items 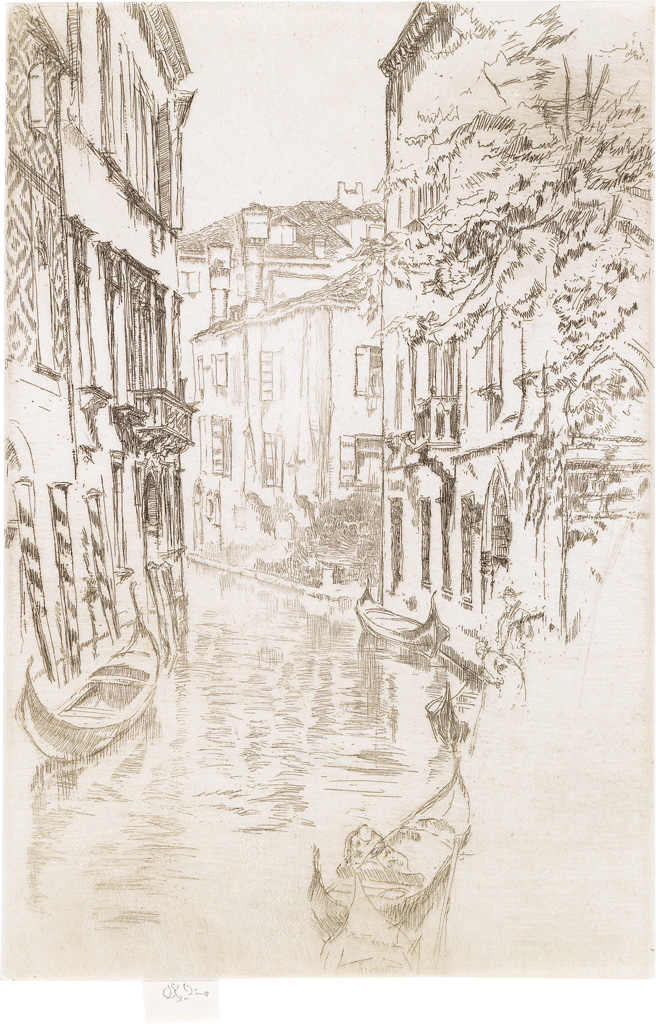