Exhibited: The Art of the Negro, sponsored by the Harmon Foundation, circulated by the College Art Association, April 15 - May 4, 1935; James A. Porter, Artist and Art Historian: The Memory of the Legacy, Howard University Gallery of Art, Howard University, Washington, DC, October 15, 1992 - February 9, 1993; American Ambassador to the United Nations, Geneva Switzerland, as part of the Art in Embassies Program, United States Department of State, 1996 - 2000, with the label on the verso.

This elegant interior study is an important and well-known example of Porter's early modern painting. Woman Reading shows the influence of Porter's study of Post-Impressionism, particularly Pierre Bonnard and Édouard Vuillard. James A. Porter rose to prominence and widely exhibited his work in the early 1930s - including at the Corcoran Gallery of Art, the Detroit Institute of Arts, the Museum of Modern Art, the Baltimore Museum, and the Harmon Foundation, New York. At the Harmon Foundation, his Woman Holding a Jug, 1930, reproduced on the cover of its 1933 exhibition catalogue, won the Schomburg portrait prize, and its popular and crtical acclaim brought Porter national recognition. After graduating from Howard University in 1927, Porter established his career as an artist while teaching art at the University.
Set Alert for Similar Items 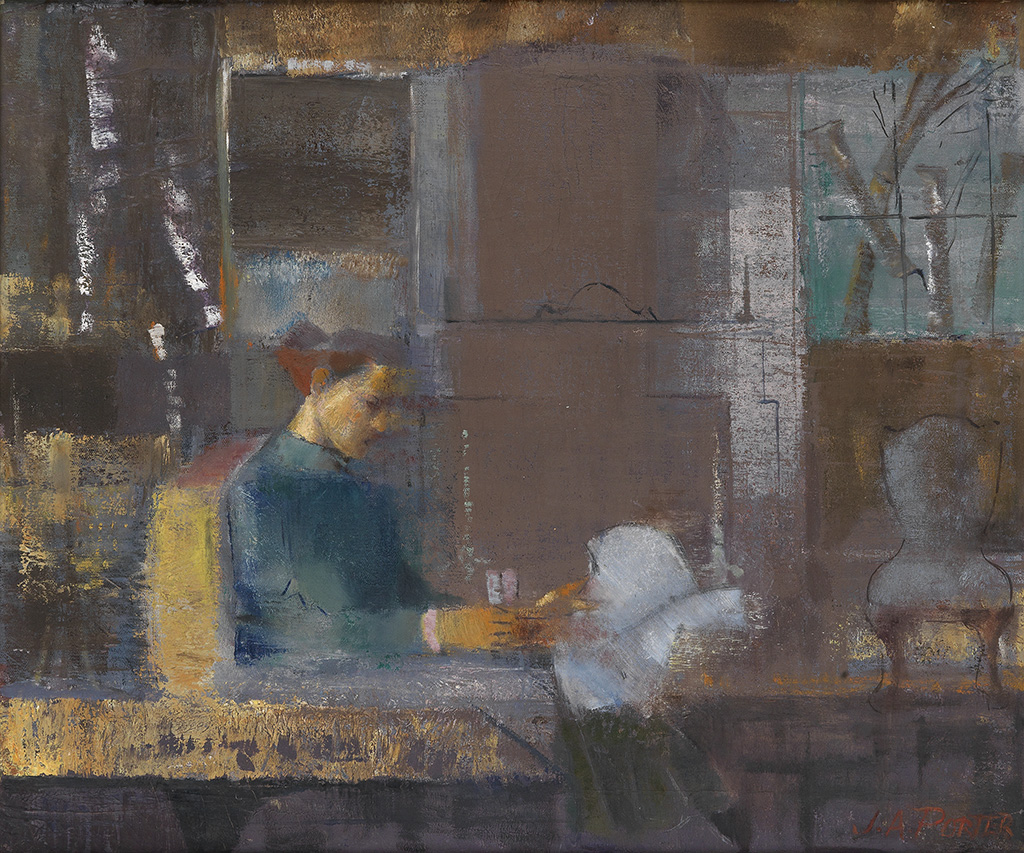