Though Zigrosser calls for an edition of 30, it is estimated that approximately only 15 were printed.

A brilliant, richly-inked impression of this extremely scarce etching, with selective wiping at the plate border, inked in the manner of a monotype, with very strong contrasts and with crisp, partially inky plate edges.

Stieglitz (1864-1946) was a gallery owner and photographer who founded the famed gallery, 291, on Fifth Avenue, a pioneering New York institution that exhibited early 20th Century European art before it gained popularity in America. Stieglitz not only focused on the European avant-garde, but also fostered and propelled the careers of important American modernists.

Marin (1870-1953), renowned for his abstract watercolors and prints of landscapes and cityscapes (particularly of New York), was closely associated with Stieglitz. Their rapport began when Marin met Stieglitz's agent, Edward Steichen, while they were both in Paris in 1908 (Marin had been in Paris since 1905, making etchings very much in the style of James A. M. Whistler and working to establish himself as a fine artist). Steichen directed Stieglitz's attention to Marin's work, which prompted the galley director to visit Marin's Parisian apartment. Stieglitz was extremely impressed and the following year, at 291 in New York, he held an exhibition of Marin's works. When Marin returned to the United States in 1911, Stieglitz began supplying him with a yearly stipend that would support and encourage his artistic output.

Even after 291 closed, Stieglitz continued to promote Marin's work and ultimately helped him attain critical acclaim. Marin's first major retrospective was held at the Daniel Gallery in New York in 1920. Stieglitz featured Marin's work in the famous "Seven Americans" exhibition at the Anderson Gallery, New York, and arranged another retrospective for the artist at his new gallery, the Intimate Gallery, in December 1925.

We have found only 9 other impressions of this etching at auction in the past 30 years. Zigrosser cites only 5 impressions from the second state in public collections. Zigrosser 116.
Set Alert for Similar Items 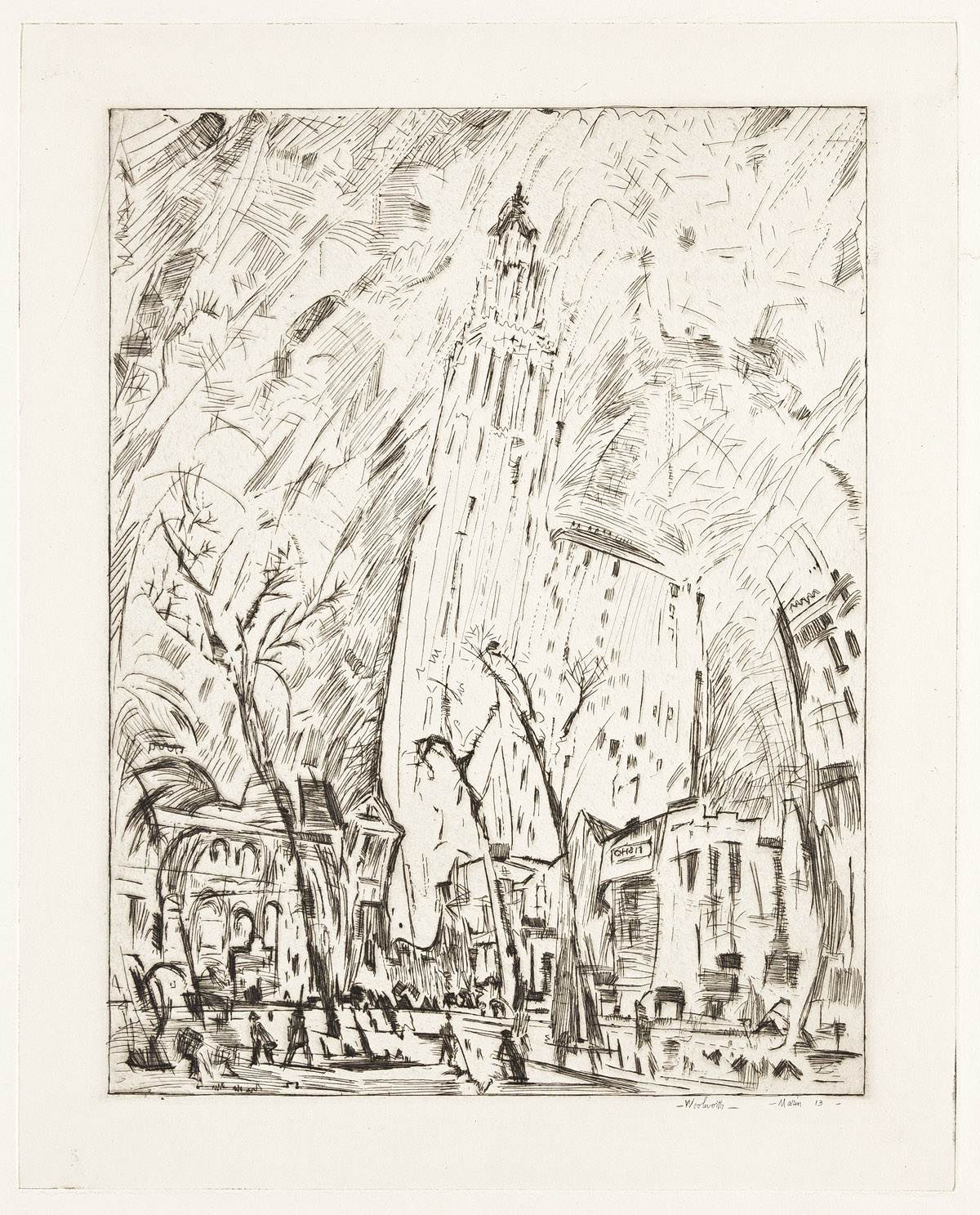