Soon after he arrived in New York in 1911, following a six year sojourn in Europe, mainly Paris, where he had sharpened his skill as a printmaker under the influence of masters such as James A. M. Whistler and Charles Meryon, Marin (1870-1953) made a conscious shift in style, from what can loosely be described as a more traditional Neo-Impressionist model to a novel, expressive, modern form of abstraction. He attributed this transition to the city itself, and recalled of New York, "Shall we consider the life of a great city as confined simply to the people and animals on the streets and in its buildings? Are the buildings themselves dead? We have been told somewhere that a work of art is a thing alive. You cannot create a work of art unless the things you behold respond to something within you. Therefore if these buildings move me, they too must have life. Thus the whole city is alive; buildings, people all are alive; and the more they move me the more I feel them to be alive.

It is this moving of me that I try to express, so that I may recall the spell I have been under and behold the expression of the different emotions that have been called into being. How am I to express what I feel, so that its expression will bring me back under the spells? Shall I copy facts photographically?

I see great forces at work; great movements; the large buildings and the small buildings; the warring of the great and the small; influences of one mass on another greater or smaller mass. Feelings are aroused which give me the desire to express the reaction of these 'pull forces'; those influences which play with one another; great masses pulling smaller masses, each subject to some degree to the other's power," (the artist's introduction to his exhibition of watercolors at 291, Stieglitz's New York gallery, in 1913). Zigrosser 114.
Set Alert for Similar Items 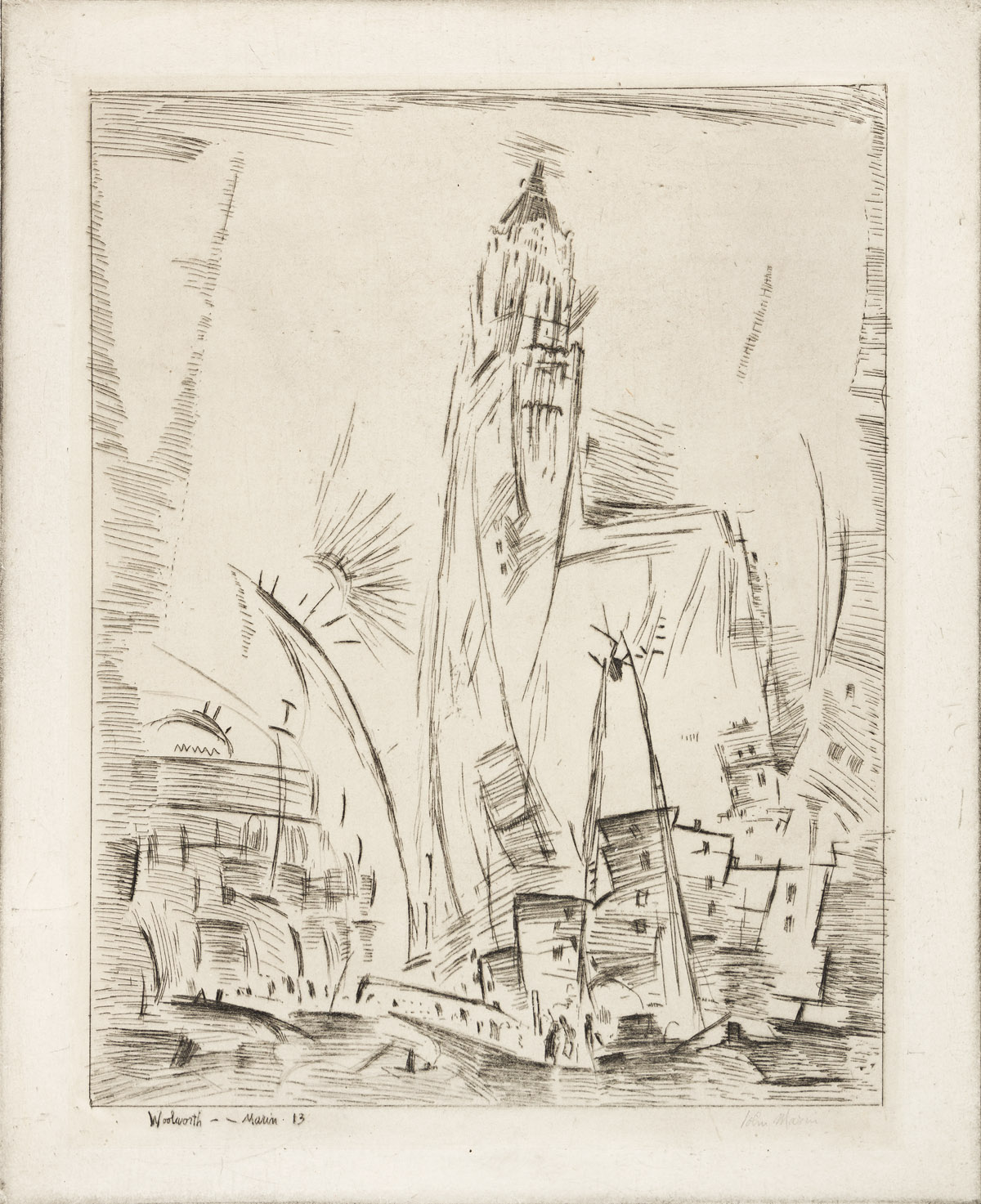