"Vassos worked in a very limited palette of black, white, silver, gray, and their intermediate shadings, always to startling effect. He illustrated relatively few authors during his active years-Coleridge, Gray, his wife Ruth Vassos, and his favorite, Oscar Wilde" (John Anzalone). Vassos published this version of Salome after creating a program cover for a 1926 stage production, and followed it with The Ballad of Reading Gaol in 1928 and The Harlot's House and Other Poems in 1929. "Wilde's despondency and eroticism were perfectly portrayed with Vassos' restricted palette of tones and shapes" (Jim Vadeboncoeur Jr.)." Art critic C.J. Bulliet called [Vassos]… ‘the first artist since Beardsley who has paralleled Wilde" (P.K. Thomajan). The play was first published in 1894 with illustrations by Aubrey Beardsley. "The text pages of [this] edition were showered with silvery stars, an added touch that befitted this historic lady of the evening." (Thomajan).

Vassos was a genius in both art and engineering, with an adventurous life. Born in Romania as the son of a Greek publisher and diplomat, he served with a suicide minesweeper squadron in World War I, was torpedoed, rescued, and landed in Boston in 1919. There, he studied art and illustration with John Singer Sargent at the Fenway Art School. In 1924, he came to New York, opened his own commercial studio, studied at the Art Students League, worked as an illustrator for Harper's and The New Yorker, and practiced industrial design. He wrote, illustrated, and published several fiction books at that time: Contempo; Ultima; and Phobia in 1931, in 1929, 1930, and 1931, respectively. Vassos also established the first internal design department for the Radio Corporation of America (RCA) in 1933 and designed the first consumer television sets for them, introduced at the 1939 New York World's Fair. 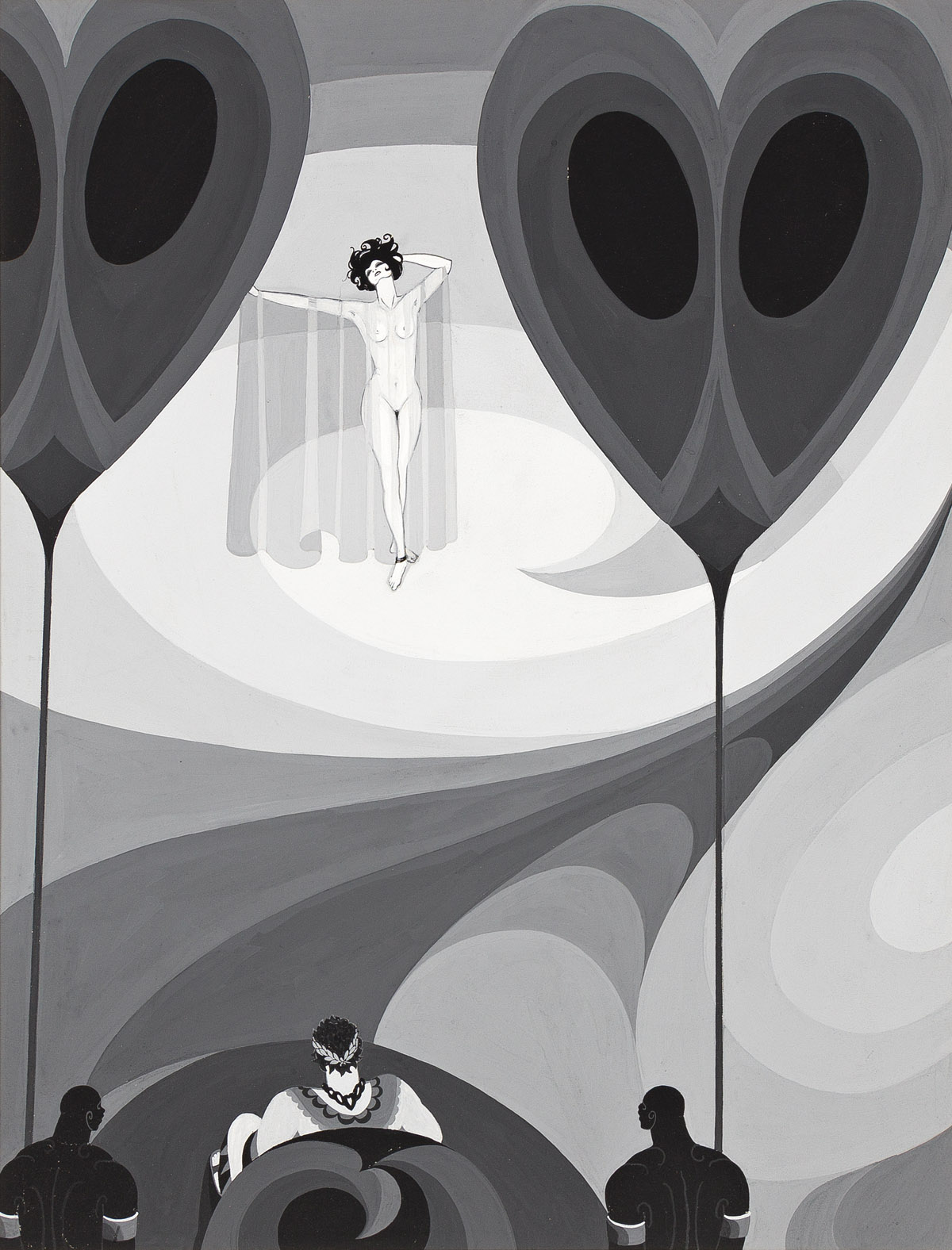