Lèvres d'Or.
Hollowed out leather bound book jewelry box with mirror. 385x256x70 mm; 15 1/8x10 1/8x2 3/4 inches. Edition of only 7, plus a personal example for Juliet Man Ray (the artist's wife). Signed on the interior of the book. Titled in gold leaf on the front cover and inscribed with the artist's name, title and numbered "VI/VII" in gold letters on the spine. Bound by Mercher, Paris. Published by Jean Petithory, Paris. 1967.

After Lee Miller left Man Ray for New York in 1932, he used art to cope with his despair. Man Ray became obsessed with Miller's lips and spent two years painting l'Heure de l'Observatoire, the 1934 oil on canvas of Miller's monumental disembodied floating lips (held by a private collection). Her lips would also appear in the lead and rope 1933 object Lovers and in the illustrated anthology of poems by Paul Éluard, Les mains libres. It was during this post-break up that Man Ray would create his Object indestructible , the metronome with Miller's eye on the ticking arm.

Late in his career, and long after Man Ray and Miller reconciled as friends, he worked with several publishers to create editions of his early readymades. Lovers was reproduced in an edition of 9 by Lucien Treillard in 1973; Object indestructible was issued as a multiple in 1965, 1970, and 1974; and A l'Heure de l'Observatoire would be reproduced as a limited edition print. Ray also created new, original designs for editioned multiples to coincide with the revivals of his earlier concepts. The outline of Miller's lips were applied to Lèvres d'Or, the title being a play on the French words "lèvres" (lips) and "livres" (book).
Set Alert for Similar Items 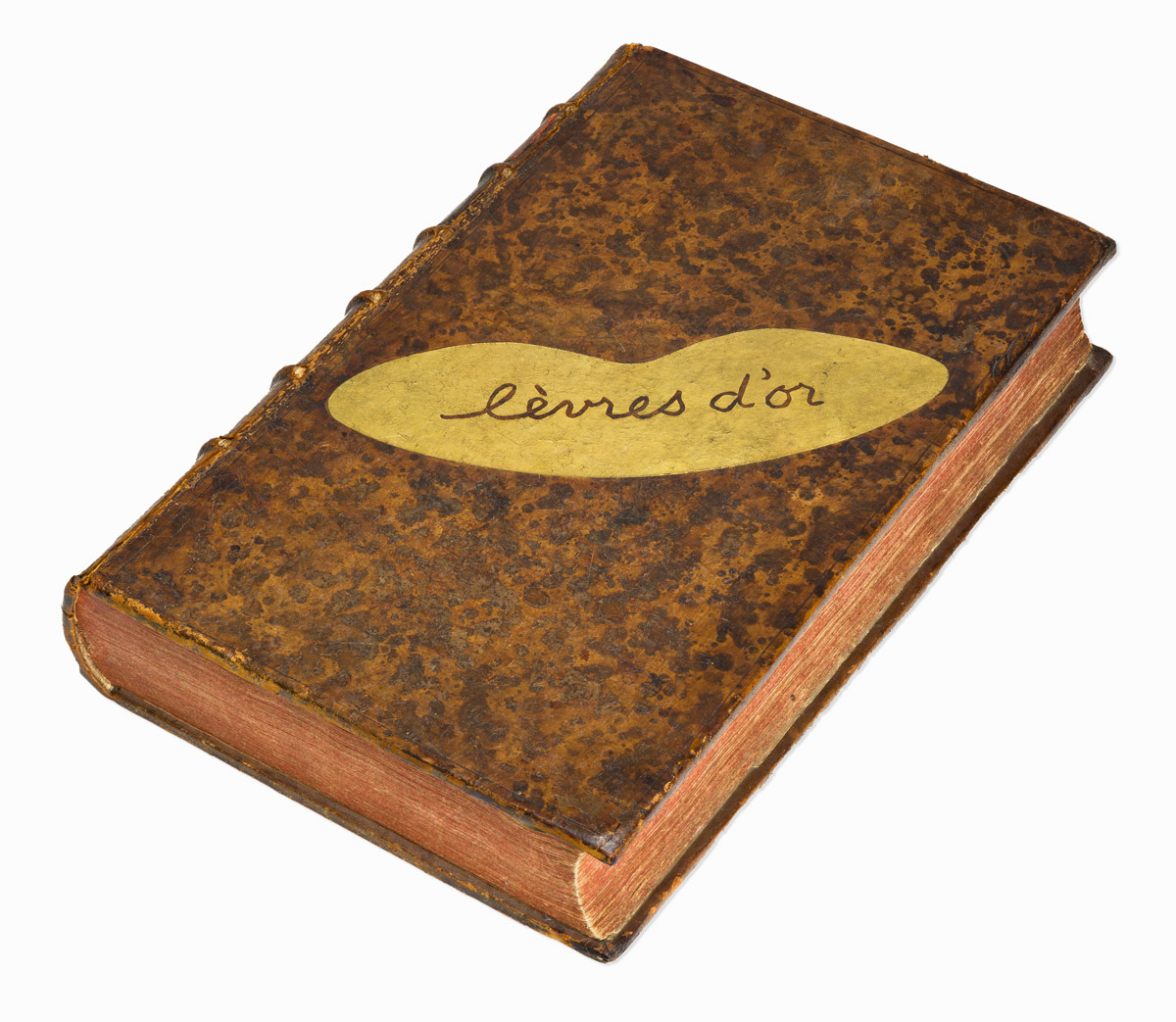