Jules (1912-1994) studied at the New School and at the Art Students League in New York under Thomas Hart Benton (1889-1975). From the outset of his artistic career, Jules championed the urban oppressed in his art. From his first solo exhibition at the Hudson Walker Gallery in 1937, critics were impressed by his social consciousness. As in the current work, in which an aristocrat, a plutocrat, a militarist, a corrupt cop and a politician all march into a grave dug by an honest workingman, Jules' work was characteristically satirical while conveying injustices and disillusionment, even more biting than John Sloan (1871-1951), his Social Realist forebearer. At the New York World's Fair in 1939, he exhibited Tomorrow Will Be Beautiful, an acerbic social commentary. Inspired by Honoré Daumier (1808-1879), Jules used caricature to bring attention and humor to his works. Overly expressed and out of proportion, his figures, as they confront the darkness around them, seem more like political cartoons.

New York in the 1930s was a place of social and political unrest. Around the time that the present painting was created, New York City's department store workers went on strike demanding fair wages and a 40-hour work week and the 1935 race riot in Harlem was still fresh in the minds of New Yorkers. The country seemed to be falling apart as politicians wrestled with how to cope with the failed economy, spiraling unemployment, rampant poverty, and the rise of Hitler's Nazi party overseas. Jules worked for the WPA in New York and witnessed these desperate times and loss of faith in the American Dream firsthand. Among the intellectuals, playwrights, and other artists experimenting with more documentary forms of art, Jules painted the newly dispossessed homeless, bread thieves, and of course, the enemies of the working class.
Set Alert for Similar Items 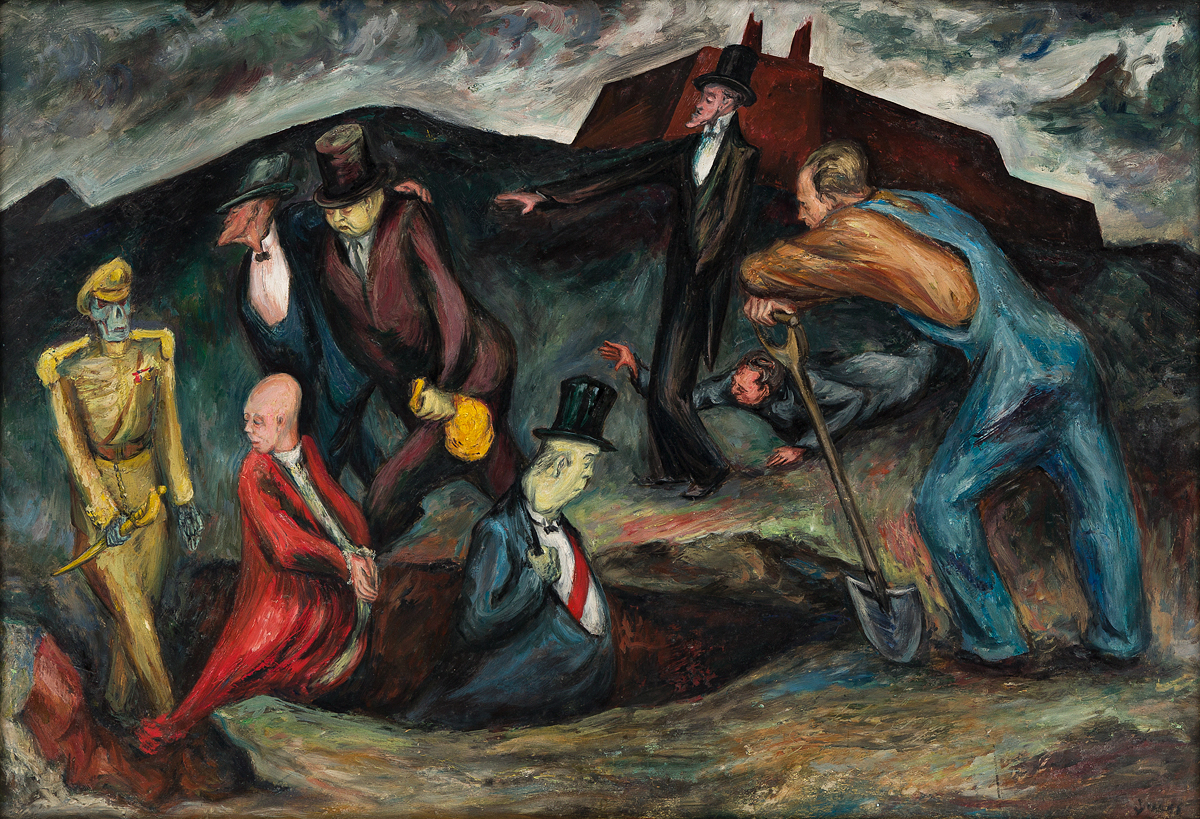