Quilt with appliqué, including African fabrics and buttons, 2013. 1600x1778 mm; 63x70 inches. Signed and dated in ink, lower left recto. Signed, titled, dated and inscribed "63x70" in ink on a fabric label, verso. From the artist's Obama series of quilts.

" I was so captivated by his election and personal history that I created this series during his second year term. This related to his debate with Mitt Romney during 2012 presidential campaign on television. I added text to the surface with famous title of Langston Hughes poem titled "I too am America" since fake news kept saying Obama was not a citizen."

Michael Cummings is widely regarded as one of the nation's leading African-American quilters. A Los Angeles native, he moved to New York City in 1970 and became friends with Romare Bearden. He experimented with collage in various media, and by 1975, had moved strictly to fabric. Today, he lives and works in Harlem. Other quilts by Michael Cummings are in the permanent collections of the American Craft Museum, New York, the Studio Museum in Harlem, the Schomburg Center for Research in Black Culture, the California African-American Museum, Atlanta Life Insurance, Renwick Gallery, the Smithsonian Institution, and the Museum of Art and Design, New York. Cummings has also been commissioned by the Art in Embassies, Absolut Vodka, the City of Knoxville, the National Underground Railroad Freedom Center, the PerCent for Art, NYC Dept of Cultural Affairs and HBO.
Set Alert for Similar Items 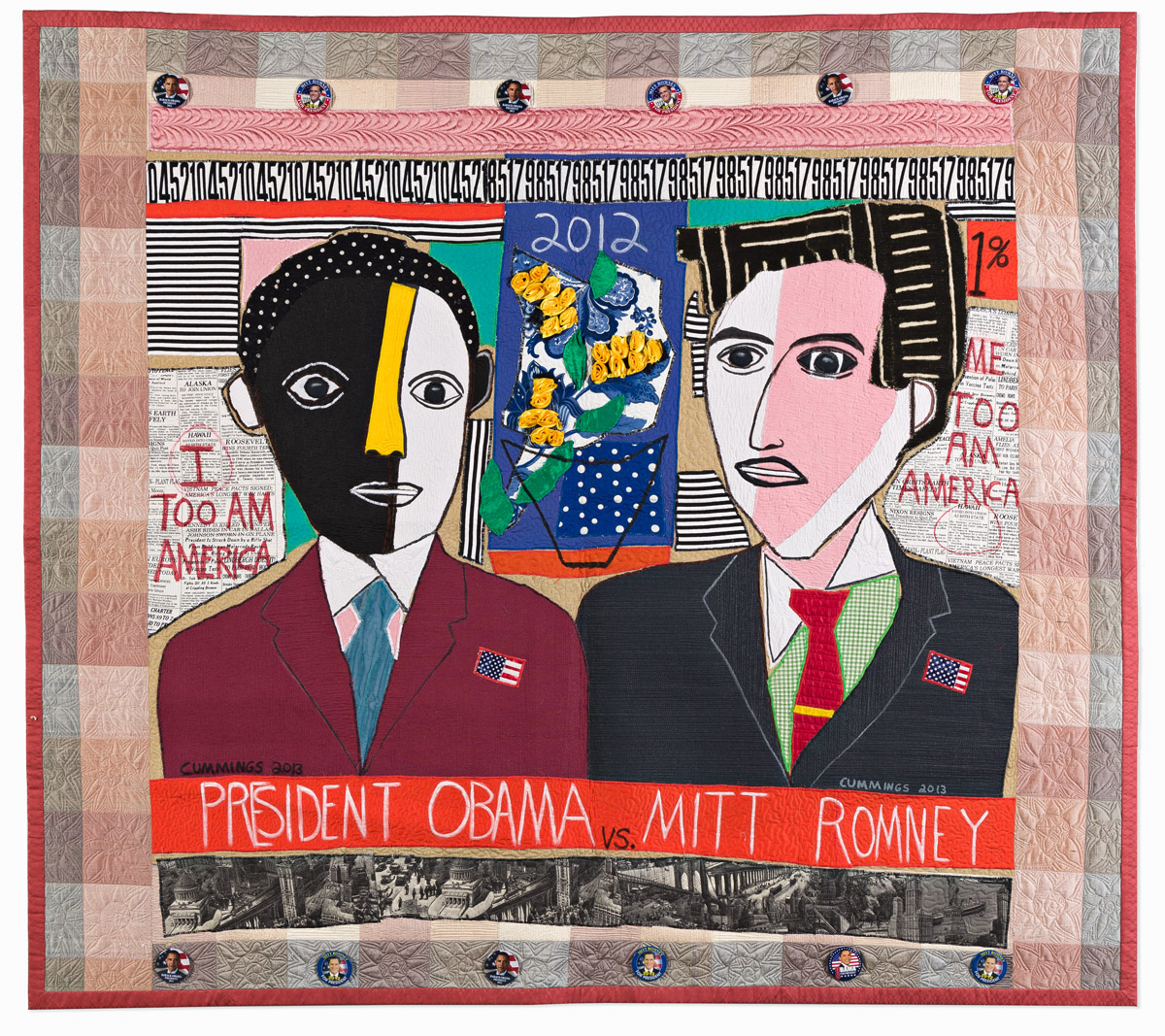