Better known as photographers of life in Harlem during the 1930s-50s, this is a scarce example of a drawing done by one of the Smith twins, Morgan Smith, of his brother Marvin. The sons of sharecroppers, Morgan and Marvin Smith were born in Nicholasville, KY., on Feb. 16, 1910. When the twins were teenagers, the family moved to Lexington, where they became the first in their family to graduate from high school. Both had a broad interest in the arts and, in addition to photography, were highly skilled in painting, sculpture, and drawing. Due to a lack of opportunities in Kentucky, they moved to New York when they were 23. In Harlem, they took art classes taught by the sculptor Augusta Savage at her studio on 126th Street.

In Harlem, they found a flourishing arts community and quickly established their place as visual reporters of the life of the city. For thirty years, the Smiths used their cameras to record the achievements of blacks in the face of discrimination and poverty,the significant social movements of their day, as well as the everyday life of Harlem. The Smiths' photography and art studio--M. Smith studios--was next to the famed Apollo Theatre, and it became a required stop for anyone making a pilgrimage to the community. There the Smiths photographed actors, musicians, dancers, artists, athletes, politicians, businessmen, and educators including Maya Angelou, W.E.B. Dubois, Joe Louis, Josephine Baker, and Nat King Cole among countless others. This is the first work by either brother to come to auction.
Set Alert for Similar Items 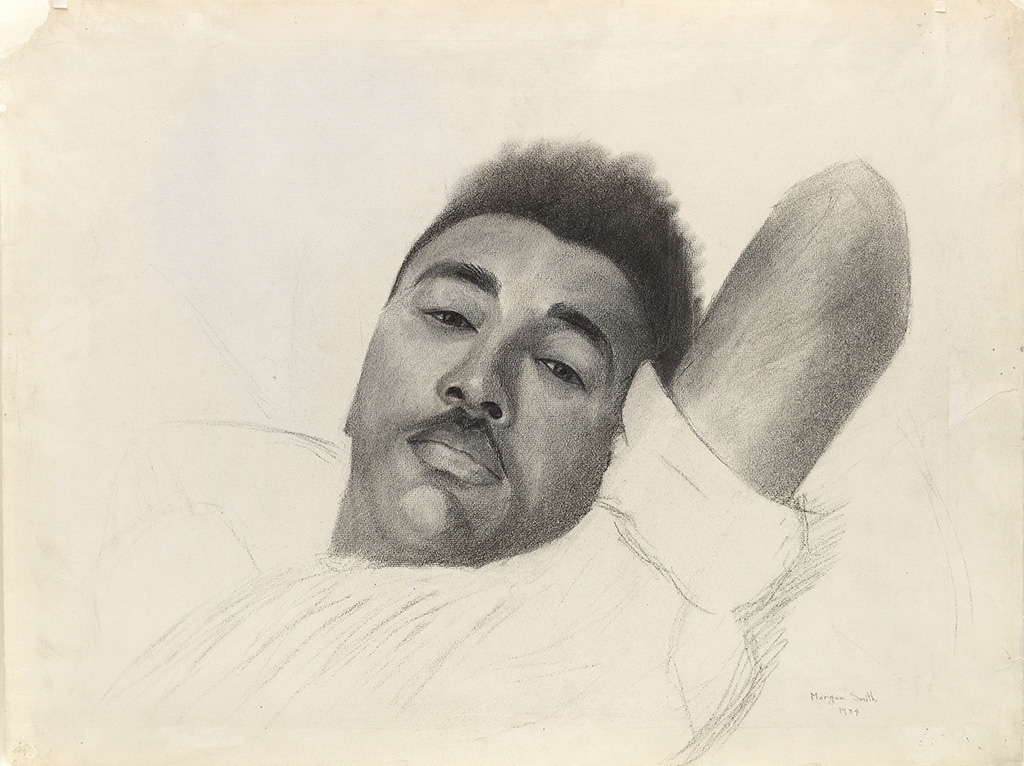