This enigmatic and imposing head is an exciting discovery, and the first known sculpture by Nancy Elizabeth Prophet to come to auction. The most recent exhibition and monograph on the artist, Spelman College's 2007 Hale Woodruff, Nancy Elizabeth Prophet and the Academy located only two wood pieces in private collections, and a dozen sculptures in the collections of the Museum of Art, Rhode Island School of Design, the Whitney Museum of American Art, and the James P. Adams Library of the Rhode Island College. A poylchromed wood panel Untitled (Facing the Light) also is in the collection of the Rhode Island Black Heritage Society.

Prophet was a talented young sculptor who had a career in Paris as an expatriate artist for over twelve years, and was accepted into the French Salon. A graduate of the Rhode Island School of Design in 1918, she was unhappy in marriage and with her career prospects painting portraits in Providence - she "fled" to Paris in 1922 by herself. Despite often moving and struggling to make ends meet, her work in wood and marble was accepted into the Salon d'Automne, Sociéte des Artistes Français in Paris. She also had success exhibiting back in the US including at the Harmon Foundation and Fifty-Sixth Street Galleries, New York, and had been introduced to Henry Ossawa Tanner and Augusta Savage by W.E.B. Dubois. But with the onset of the Depression, she could not pass up on the opportunity of a teaching position to join Hale Woodruff at Spelman College in 1934.

This androgynous head is most similar in its material, and simplified, polished features to Prophet's polychromewood Discontent, circa 1929. Instead of a skull cap, Discontent is cloaked in a cowl but shares the distinctive Roman nose and features of this untitled head. The artist carved Discontent before 1930 while in Paris, and according to Theresa Leininger-Miller, Countee Cullen described it as "a face Dantesque in its tragedy". Like many of Prophet's sculptures, this head shares a similarity with the artist's own face with drawn features and high cheekbones. The eyes also contribute to the overall look of serenity and sadness - there is an emptiness without an indication of pupils. Amaki pp. 46-47; Leininger-Miller p. 16-17, 24.
Set Alert for Similar Items 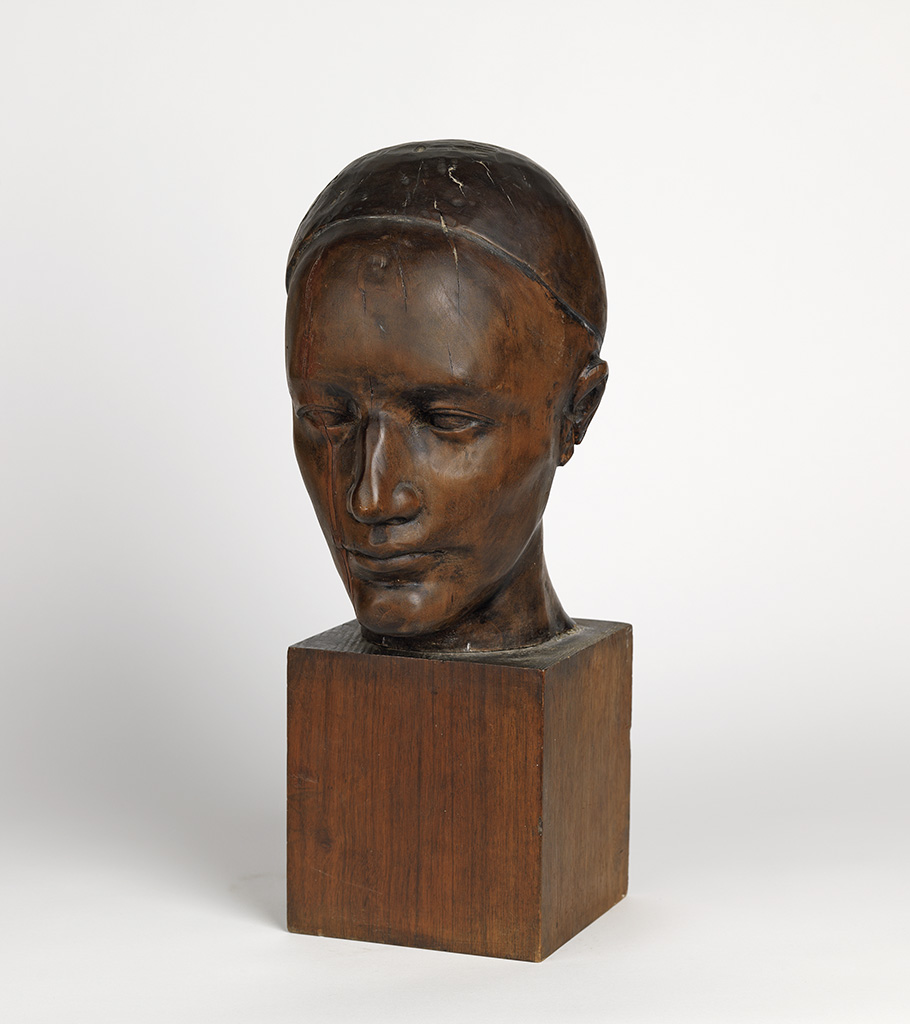