This charming homage to Louise Nevelson is an inspired, late career assemblage by Noah Purifoy. Here Purifoy has assembled found wood pieces to mimic her famous wood assemblages of the late 1960s and early 1970s - but without painting them her signature color black. The same year Purifoy was an artist in residence at the J. Paul Getty Center for the History of Art and Humanities in Santa Monica, CA, where he created the commmission Suffer the Little Children to Come unto Me. While no personal relationship is known between the two artists, aesthetic similarities are evident in diverse Purifoy wood constructions, from his Untitled (Bed Headboard), 1958 to Black, Brown and Beige (After Duke Ellington), 1989. Julia Bryan-Wilson brought the two together with an analysis of their symbiotic relationship in her 2017 article Keeping House with Louise Nevelson. Bryan-Wilson cites their backgrounds in design and their use of related materials and techniques: "both Purifoy and Nevelson used wood to hammer out and reconceive of relations as they trespassed the line between furniture and sculpture."

Raised in Alabama, Purifoy graduated with an undergraduate degree from Alabama State Teachers College in 1943, and a graduate degree from Atlanta University in 1948. Noah Purifoy moved to Los Angeles in 1953 to study at the Chouinard Art Institute. Purifoy received a BFA in 1956, just before turning forty. Noah Purifoy had begun his career as a commercial artist - including work in interior design, construction and window displays for the Broadway department store. He also worked in furniture design with the Angelus Furniture Warehouse, and partnered with John H. Smith, the first African-American interior designer accredited by the National Society of Interior Designers (NSID), whom he had met while studying design at Chouinard.

The Watts rebellion in 1965 changed Purifoy's life and art. At the time Noah Purifoy and fellow artist Judson Powell ran the art education program at the newly created Watts Towers Arts Center. Together Powell and Purifoy organized Junk Art: 66 Signs of Neon, a seminal exhibition at the University of Southern California. They exhibited 66 art works made from found debris and junk - all detritus left in the wake of the Watts riots - alongside photographic documentation. Purifoy and fellow artist John Outterbridge are largely credited for influencing a whole generation of Californian assemblage artists from David Hammons to Senga Nengudi.

Purifoy worked in public art programs of the California Arts Concil through the late 1980s - he initiated programs such as 'Artists in Social Institutions,' which brought art into the state prison system. Then in 1989, he moved to a large compound near Joshua Tree, California, in the Mojave Desert, where for the next 15 years he created a ten-acre site of large-scale assemblage sculpture. Today the entire site is preserved in a cultural center and museum, run by the artist's non-profit foundation.
Set Alert for Similar Items 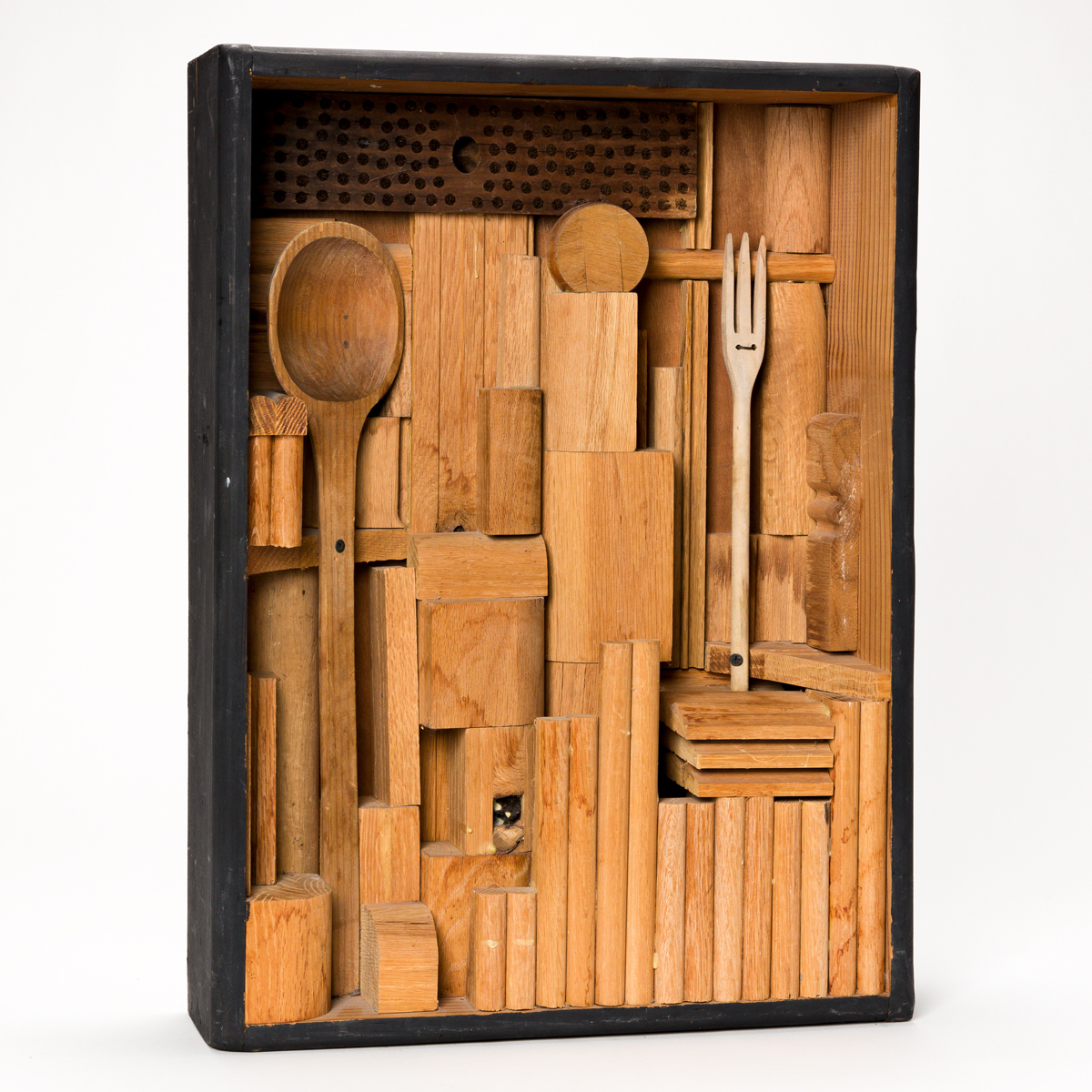