Twenty-one letters of which seventeen are written by Russell (four written while Russell was still a girl), two by her husband, Captain Charles Weatherby Gelett (1813-1895) and one written by Mary G. Smith from the ship Saratoga to Russell while onboard the Uncas; all but one letter addressed to Russell's mother, Amelia Drew Russell (1785-1868); some with exotic postmarks from Hong Kong, Hawaii, Lahaina, and other ports; the bulk of the letters written during the voyage of Gelett's whaling vessel, the Uncas, which was at sea between August 1846 and the spring of 1849; most are stamped "Ship" and were eventually routed through New Bedford, Massachusetts on their way to Kingston, MA; sizes generally 9 3/4 x 7 3/4 in.

For extended periods of time, Russell was left in Hawaii while her husband returned with his crew to sea in order to further add to his stores of sperm whale oil. Russell's letters are those of a pious New England girl, but we can infer her sense of adventure intermingled with her sometimes-harping piety. One may also consider that she was writing to her mother. Russell recounts some tales of the whaling ship and describes Faial in the Azores and her inbound and outbound visits to Valparaiso, Chile. She has written up amusing character sketches for each member of the crew as well, including each person's name, rank, job onboard and their original home places.

Some of the most interesting material stems from her grand adventures on the Hawaiian Islands, where she traveled by foot, double canoe, and horseback, was carried in a litter, and visited volcanos and missionaries. The longest journey, made with her husband and a retinue of about fifteen while he took a break from his seafaring saw them making tracks over rugged stretches of "clinkers" (fields of broken-up lava rock) and sleeping on the ground in tents, in smoke-filled native grass huts, and caves.

By November of 1848 the Uncas crew had accumulated 3,700 barrels of whale oil, and the Captain was building his seasick-prone wife a house on deck in preparation for the voyage home. Leaving Honolulu at this date, headed for Valparaiso, they hope to encounter a few more whales along the way to fill the ship completely, and to reach home by May 1849.

The California gold rush was complicating the procurement of crew in Hawaii in the fall of 1848. Russell notes that sailors were leaving in droves (or begging to be released) while others turned down large salaries for the chance to try their luck in the gold fields of California. She also mentions that measles and whooping cough were sweeping through the population of native Hawaiians with devastating effects.

After returning home, Russell and Gelett lived in Minnesota for a short time, but the captain was drawn again to the sea, without his wife on subsequent voyages. Eventually the couple retires to California. Russell lived to the age of 95 and is buried at the Nordhoff Cemetery in Ojai, California.
Set Alert for Similar Items 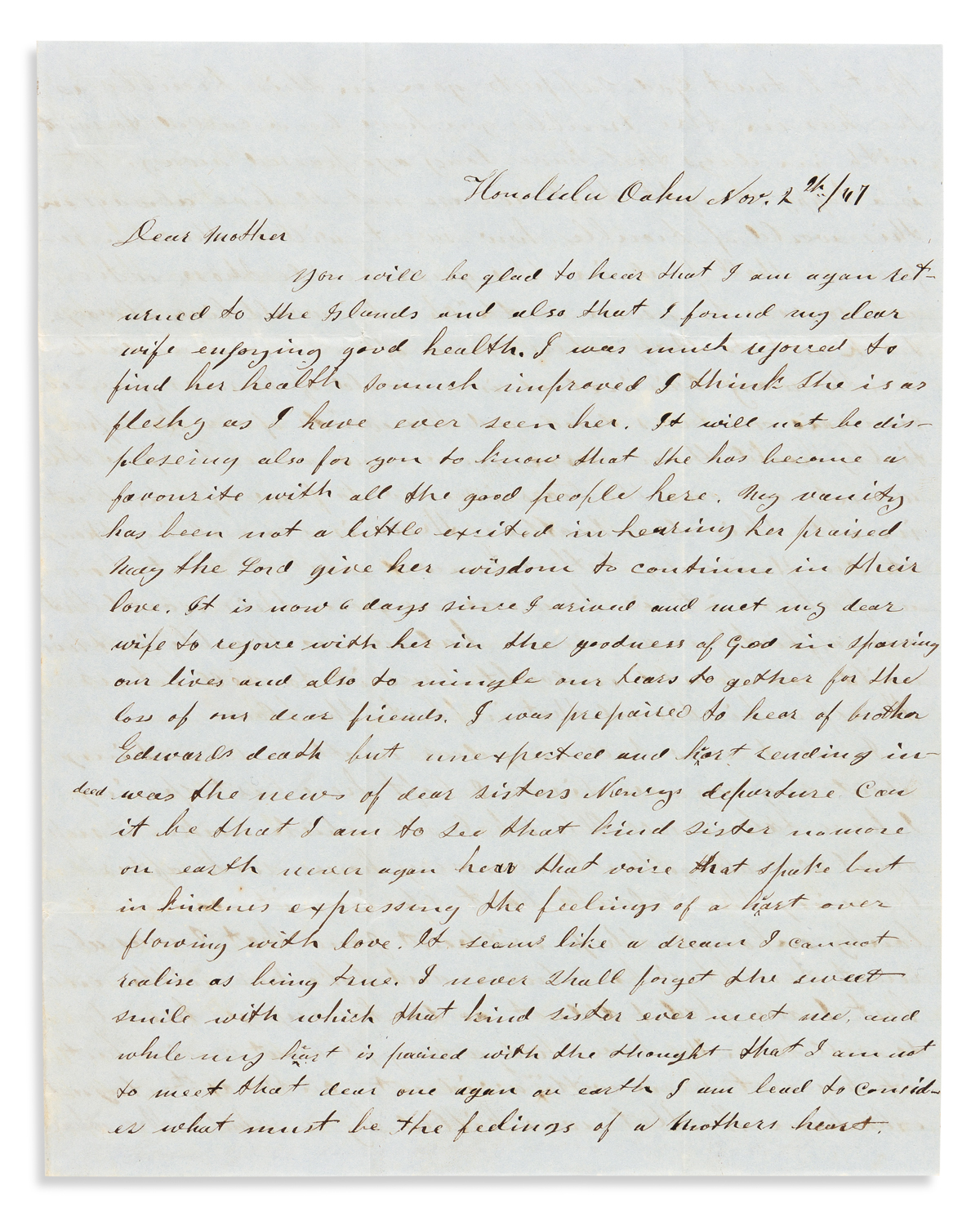 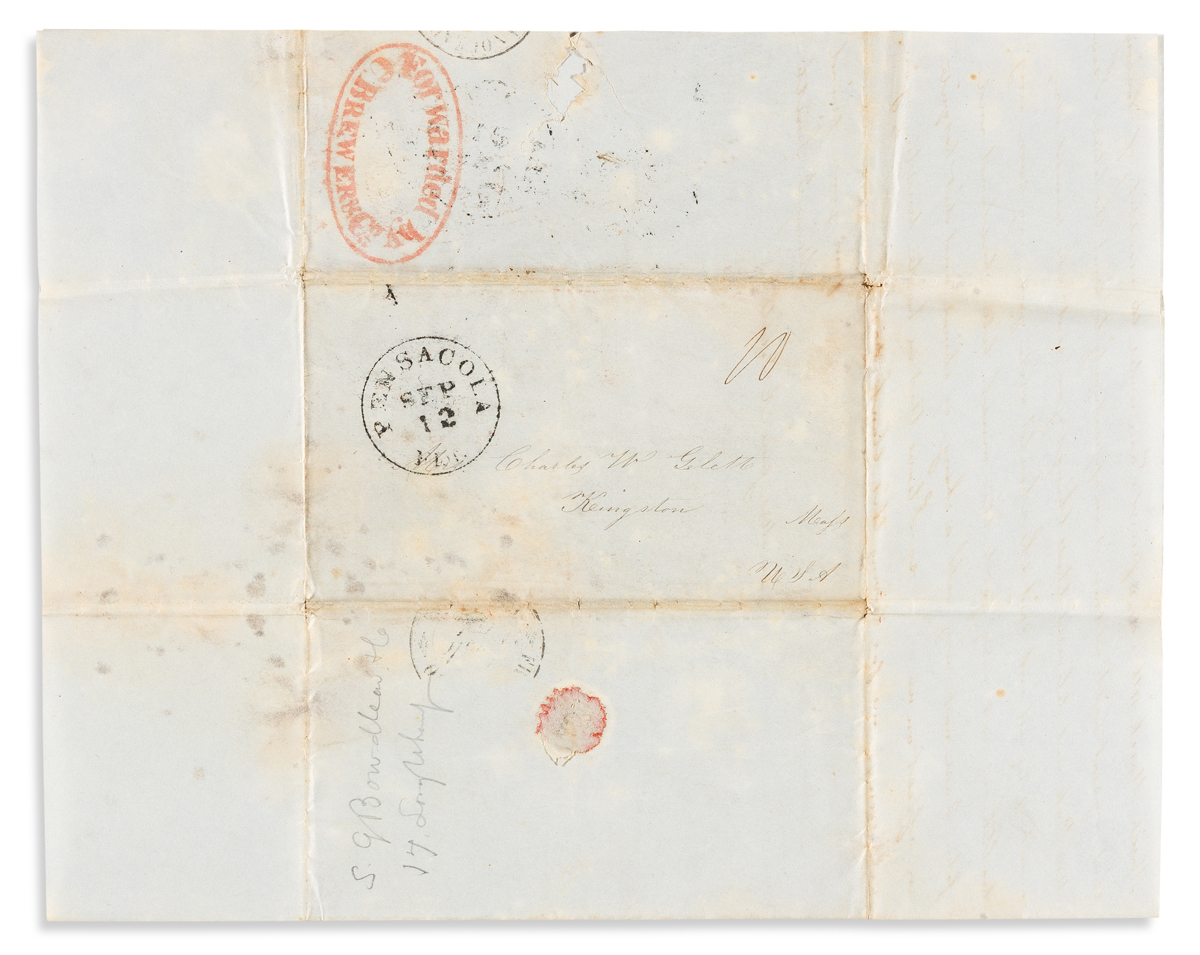