Untitledis an excellent and early example of the Leigh's work in salt-fired stoneware in which she explores the imagery of the black female body, the romanticization of primitivism and fertility. Leigh created at least three of these vessels in this series - intended for what was to be her first solo exhibition at Rush Galleries, New York in 2001. But the September 13th exhibition was cancelled after the September 11th terrorist attacks. Leigh also created a similar version of this vessel in black, entitled Pitch, which is included in the data base of the Elizabeth A. Sackler Center for Feminist Art at the Brooklyn Museum. Leigh has often explored the experiences and social histories of black women through ceramics for over 25 years. Her work in ceramic makes multi-layered references to African traditions, feminism, ethnographic research, postcolonial theory and often times, racial politics.

Simone Leigh is a recipient of the Hugo Boss Prize (2018), the Foundation for Contemporary Art Grant (2018), Joyce Alexander Wein Artist Prize (2017), John Simon Guggenheim Fellowship (2016) and Anonymous Was a Woman Award (2016). Her work has been exhibited at the New Museum of Contemporary Art, New York, Tate Modern, London, the Studio Museum in Harlem and the Hammer Museum, Los Angeles. Her sculpture was most recently featured in the 2019 Whitney Biennial, and her 2019 Hugo Boss Prize solo exhibition Loophole of Retreatwas held at the Guggenheim Museum. Leigh was also the first artist commissioned in 2019 for the Plinth, the first space on the High Line dedicated solely to monumental contemporary art commissions, where she presented her sculpture Brick House.
Set Alert for Similar Items 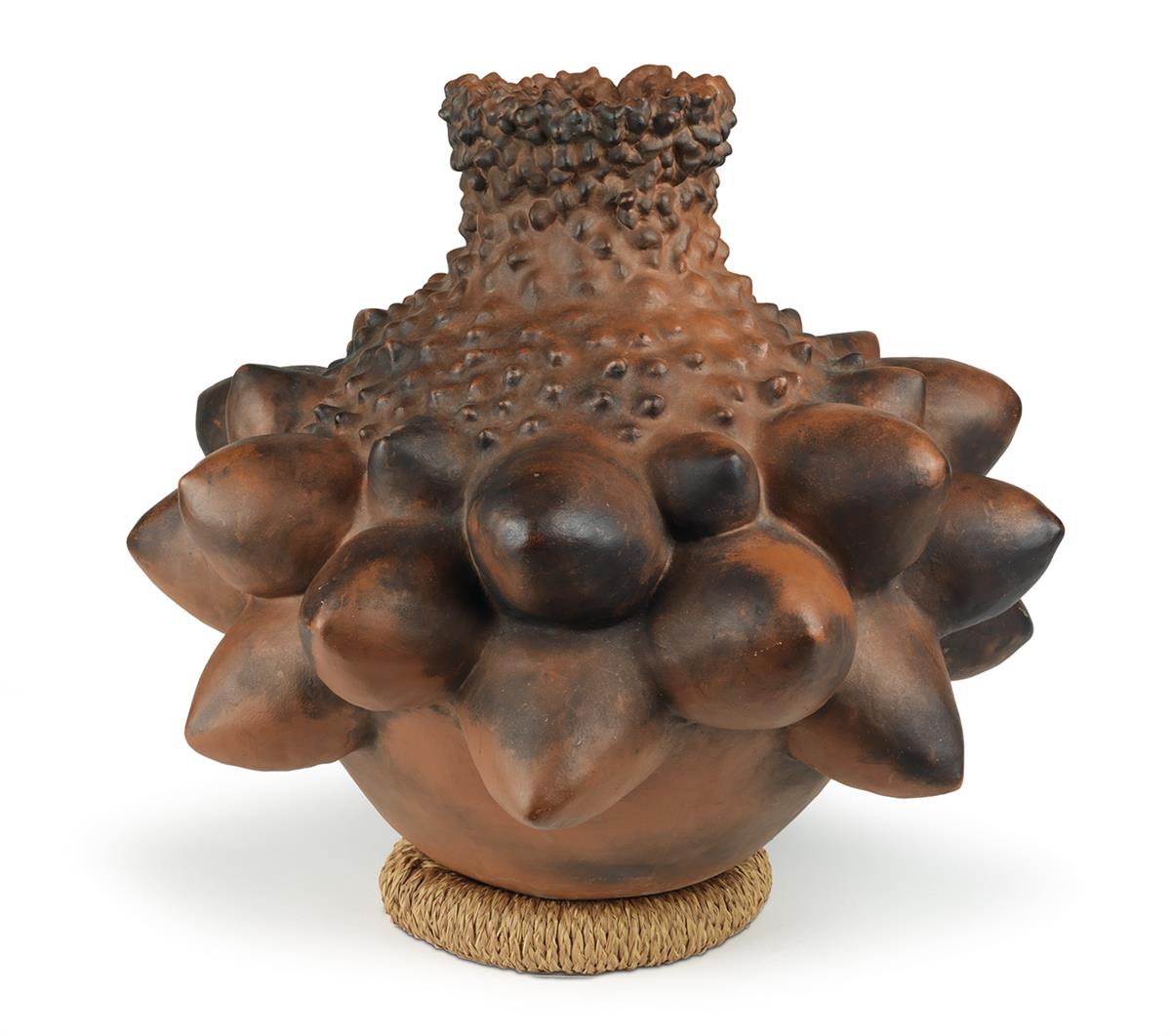