Thiebaud's (born 1920) earliest work is a portrait of a fisherman painted in a freely expressive style, when he was only 16 years old. At the time, Thiebaud, who grew up mainly in Long Beach, California, but would spend most of his life in Sacramento, did not think he was headed for a career in the fine arts. Rather he envisioned himself as an advertising art director. He worked briefly from 1936-37 at the Walt Disney Studios in Los Angeles, where he drew the in-between frames (drawings positioned between key changes in movement in order to make animation play smoothly) for such cartoons as Goofy and Pinocchio. He later turned to illustrating movie posters for Universal Pictures and worked in the advertising department of Rexall Drugs. After serving in World War II as a cartoonist and poster designer, Thiebaud attended San Jose State College (1949-50) and California State College at Sacramento (1950-53), majoring in fine art.

From 1951 to 1960 Thiebaud worked as an art instructor at the Sacramento Junior College, where he was simultaneously able to pursue his own career as an artist. During this time his interests in subject and style changed, ultimately developing into the still lifes of sweet confectionaries, for which he is most famously known, beginning in the early 1960s. Gemini 86.
Set Alert for Similar Items 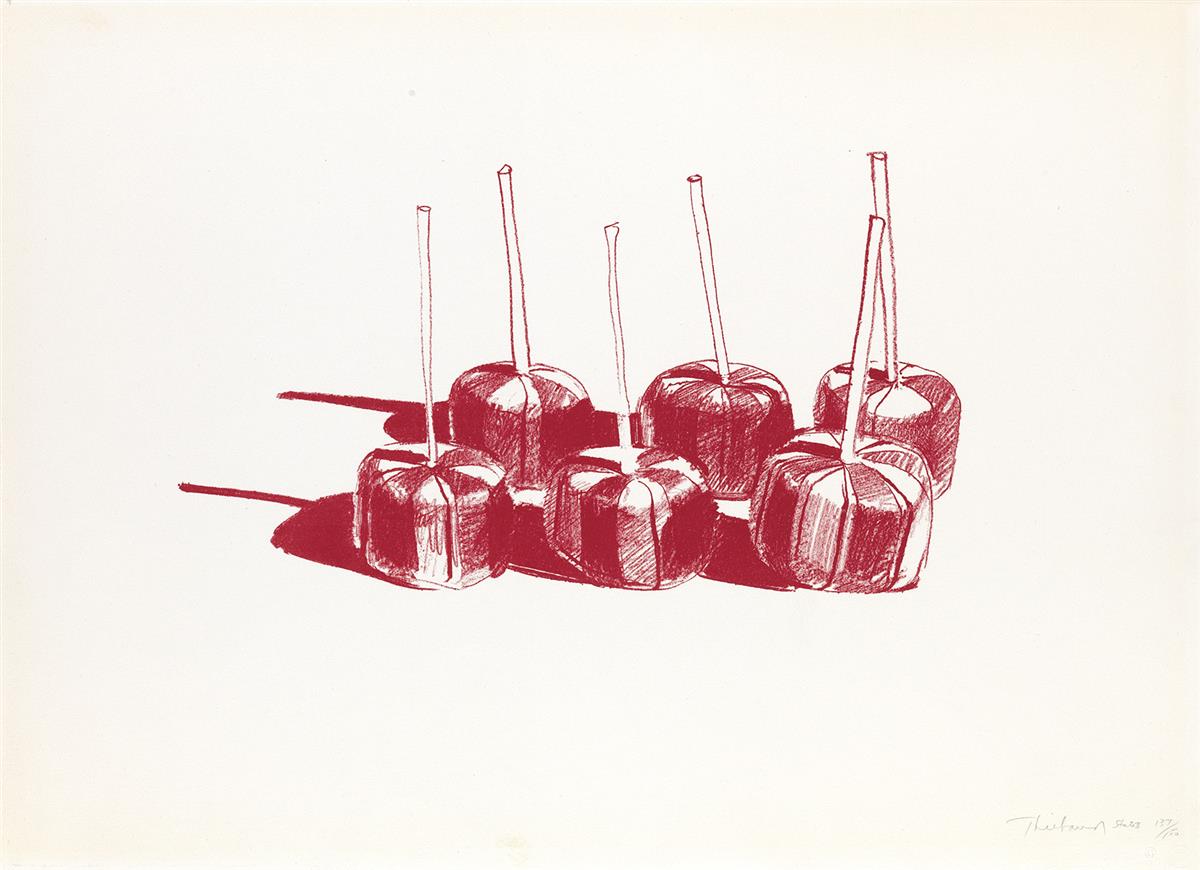