Provenance; acquired directly from the estate of the artist; private collection, Michigan (2005).

Exhibited: Annual Exhibition for Michigan Artists, Detriot Institute of Art, Detroit, 1950 (cited as work no. 67 in the catalog of that exhibition), with the entrance label affixed to the verso.

This beautiful, painterly portait of the Detroit artist and his pet cat is a wonderful, scarce work by a greatly talented but nationally overlooked painter LeRoy Foster. Foster was about 25 years old when he created Kee and Me, recalling his youth growing up in Detroit and a moment spent with his cat, Kee, at the top of a stair in the house where he lived. In 1950, Foster submitted this picture to the juried annual exhibition of Michigan Artists held at the Detroit Institute of Arts. The jury (John I.H. Baur and Robert H. Tannahill) selected the picture for inclusion in the exhibition.

Foster excelled at painting striking portraits. When Foster was only a senior in high school, his self-portrait, Nobody Knows the Trouble I've Seen was submitted to the National Scholastic Art Award after winning the painting prize at his Cass Technical High School in Detroit. Foster went on to study at the Art School of the Detroit Society of the Arts, and also at the Cranbrook Academy of Art in Bloomfield Hills. He later taught at his alma mater Cass Technical High School, and in 1958, founded the Contemporary Studio, with artists Charles McGee and Henri Umbaii King. In 1965, Dr. Charles H. Wright, who established the International Afro-American Museum (now the Charles H. Wright Museum of African American History), and where Foster was later Artist-in-Residence, became his friend and patron. Foster is probably best known today for his murals including The Life & Times of Frederick Douglass at the Detroit Public Library's Frederick Douglass Branch, and Renaissance City at Cass Technical High School.
Set Alert for Similar Items 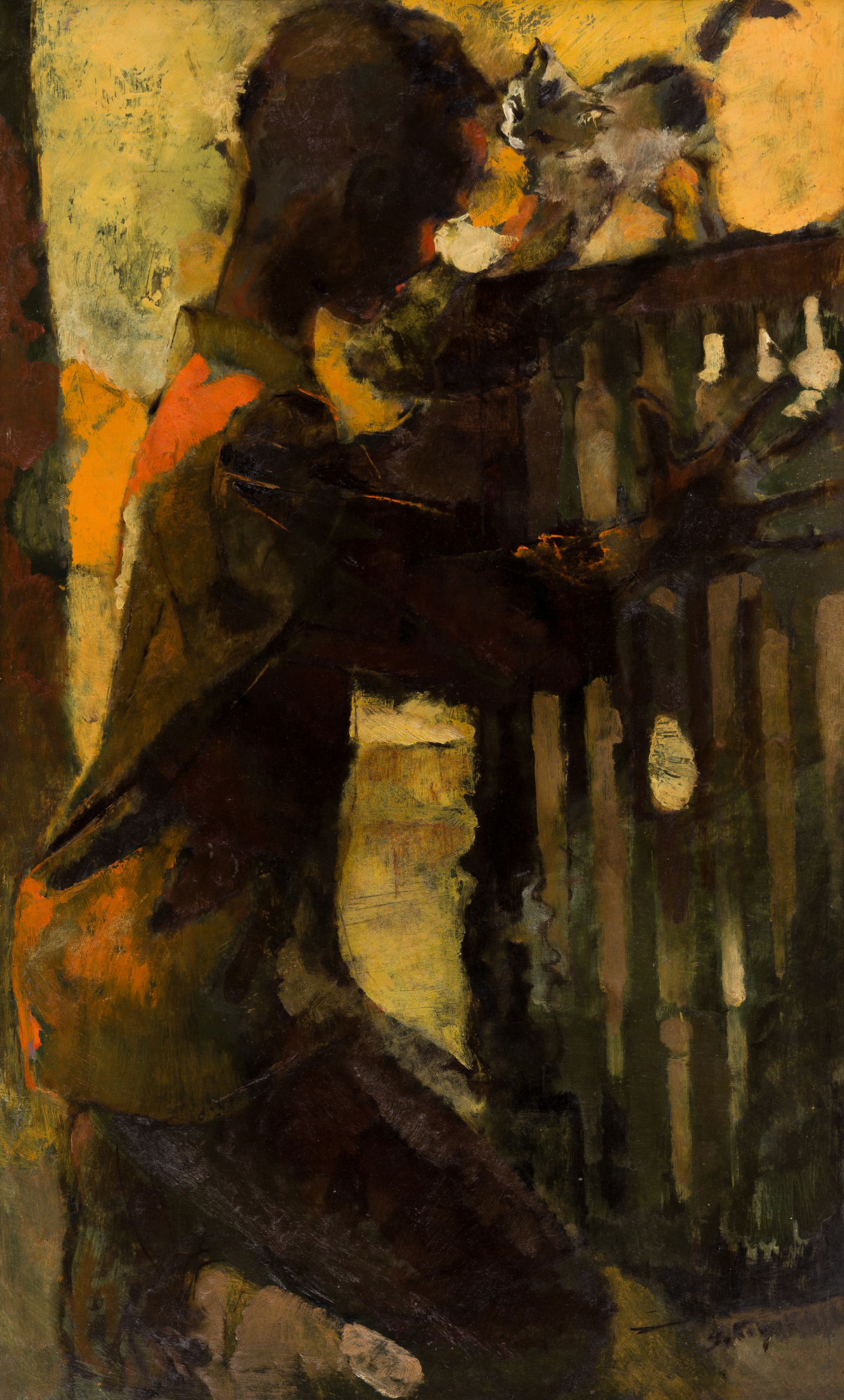